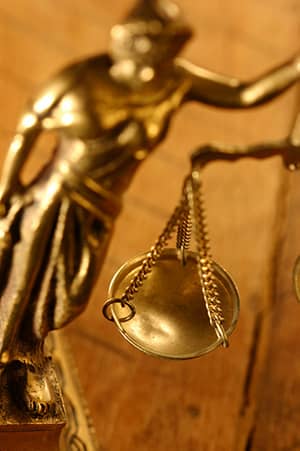 The Miranda rights are commonly misunderstood. Many mistakenly believe that if the police did not read them their rights, this means they will win their defense case. However, this is rarely the case. Only in very specific, and rare, circumstances will the officer’s failure to read you your rights result in your case being dismissed.

When you have a winning legal issue based on Miranda, it means that your criminal attorney will able to prevent the prosecutor from using your statements to the police against you at trial. If the police ask you questions while you are in custody, without reading you your rights first, then the statements you make cannot be used as evidence against you.

What is important to notice is that Miranda rights only apply to your statements. These rights do not apply to other types of evidence. For example, if a DUI attorney is able to suppress your statements due to a Miranda violation, this does not result in the other evidence being thrown out. The officer would still be able to testify about all of his observations that prove guilt. Examples might include the observation that you smelled like alcohol, that you had slurred speech, or that you stumbled when exiting the vehicle.

Equally important to know is that a violation of the Miranda rules by the police may only exclude some, not all, of your statements. Only statements that you make while you are in custody are effected by Miranda. Before you are in custody, the failure to read you the Miranda rights is not important. Thus, in the example above, your DUI lawyer may only be able to exclude statements made after you were arrested, but not the statements you made when the officer came up to your car window.

As discussed above, the Miranda rights only apply to custodial situations. Custody is defined as a situation in which a reasonable person in the defendant’s situation would believe that they are not free to leave the encounter with police. Obviously, once the police formally arrest you, you are then in custody. However, legal custody can begin sooner, as soon as your freedom to move is restricted.

One of the few exceptions to this rule is a routine traffic stop. The courts have held that this is not to be considered custody for Miranda purposes. Returning again to the example above, it may seem that statements made by the driver in the DUI case should all be suppressed — since obviously the driver cannot simply drive away from the officer — and his freedom to move has clearly been restricted. However, the defense will lose this motion to suppress because the courts have decided that this situation is an exception to normal definition of custody.

Once You Have Been Arrested or Are in Custody

The police do not have to read you your rights when you are arrested, or in custody. Most people mistakenly believe that the police are required by law to give you the Miranda warnings when you are taken into custody. Not only are the police not required to do so, the police will often make a conscious decision not to advise you of these rights. This is perfectly legal as long as they do not ask you questions. A typical scenario would be that the officer arrests you and places you in the back of the patrol car, then drives you to the station for booking. The officer hopes that you will make “spontaneous” and “unsolicited” statements that can be used against you. This is perfectly legal. The failure to advise you of your Miranda rights only becomes an issue if the officer asks you questions — and if you make statements in response to his questions.