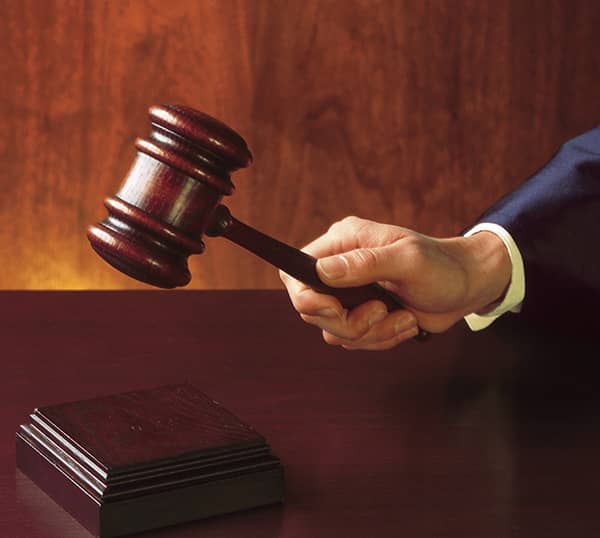 Criminal cases follow a series of procedural steps as the court case moves forward. In cases where there is an arrest, the procedure often begins with an appearance in court where the defendant is advised of the charges, and a bond amount is set.

Some offenses entitle the accused to a Preliminary Hearing. The Preliminary Hearing is a used by the defense to challenge the prosecution’s evidence in the case. The prosecutor must show that there is probable cause that the defendant committed a crime. Because there is a very low standard of proof needed, the prosecutor will often pass this test, and the case will proceed to Arraignment. In other cases, the defense will be successful in showing the judge that the necessary elements of the crime cannot be proven.

If the prosecutor’s case survives the Preliminary Hearing, the case will proceed to Arraignment. Arraignment is when the defendant is required to enter a plea of guilty or not guilty. Regardless of the ultimate outcome of the case, the defendant will usually plead not guilty at Arraignment, but will be able to change this plea to guilty later if a deal is reached with the prosecution to settle the case.

Most criminal cases are settled by agreement before they ever reach a jury trial. The pretrial conference is an opportunity to negotiate a possible resolution that is acceptable to both the prosecutor and the defendant. At the same time that these plea negotiations are occurring, the attorneys from both sides may be making requests for court orders from the judge in preparation for a possible jury trial. A pretrial conference, also called a status conference, helps the attorneys to work the case towards resolution. If a plea agreement is reached, it may be accepted with a guilty plea at this stage.

Either side may file motions with the court, which are requests for court orders regarding aspects of the case. If the issues that are contained in the motions cannot be resolved by negotiation and agreement, the motions will proceed to hearing. At a motions hearing, either side may introduce testimony and evidence in support of their arguments. Motions hearings are a useful opportunity for the defense lawyer to cross-examine important prosecution witnesses. A certified transcript of witness testimony can then be obtained in preparation for trial.

Those accused of crimes punishable by jail are entitled to a trial by jury. The jury trial begins with jury selection. Both sides are allowed to make an opening statement, after which the prosecution begins their case. The defense case follows, after which both sides make closing arguments. The judge then provides instructions to the jury, and the jury is sent away to deliberate on the verdict in a secluded location.

In the event of a conviction, the judge will order a sentence. The judge has the authority to sentence the defendant to incarceration — up to the maximum allowed for each offense combined. Alternatively, the defendant may be placed on probation instead of getting sentenced to prison or jail. In very minor cases, the court may not even require probation, and the only sentence is to pay a fine and court costs.