The consequences of a child abuse conviction in Colorado is very serious. It’s important to know your rights and have a child abuse attorney on your side of the law to protect your freedom and reputation. 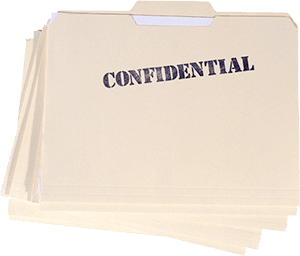 A person can also be found guilty if they continually cause malnourishment, lack of medical care, punishment, or cause an accumulation of injuries if such treatment results in serious bodily injury, or death, to the child. It is not a defense to any of the above definitions of Child Abuse that the treatment of the child was part of a religious ritual or custom.

A person can also be charged with Child Abuse if a child is present when the defendant is alleged to have committed an act of Domestic Violence, even if the child was not involved in the altercation in any way. If the child was able to see or hear any aspect of the domestic violence incident, then the defendant can be charged with Child Abuse in addition to the domestic violence charges themselves. Getting a DUI charge when a child is in the car will also likely lead to charges.

Penalties for Child Abuse can vary greatly depending on the facts of the case, and whether or not death or injury to the child resulted. As you will see, the mental state of the defendant has a significant effect on what degree of crime has been committed. When a defendant acts knowingly or recklessly, the crime is more severe than if the defendant acted negligently.

In cases where the child was injured, or died:

In cases where the child was not injured:

Leaving Child Unattended in a Vehicle

Leaving a child unattended in a vehicle is a very common reason for people to be charged with child abuse. This type of case is often depicted in news media. Simply because the child was left in a vehicle does not, by itself, constitute Child Abuse. All of the facts of the situation must be considered, such as how long the child was left in the vehicle or the weather conditions, as examples.

Penalties for Child Abuse in Colorado

Penalties for Child Abuse in Colorado, like for all other crimes, are based on the degree of offense. For example, when a defendant acted knowingly or recklessly, and this caused the death of the child, it is a class 2 felony (see above), which carries a presumptive prison sentence of 8 to 24 years. If the judge were to find exceptional aggravation in the case, the sentence could be increased to 48 years.

In order to determine the possible penalty in a specific case, please determine the level of misdemeanor or felony that has been charged, and refer to our Sentencing page. Keep in mind that Child Abuse is considered to be an Extraordinary Risk Crime in the State of Colorado, which increases the maximum sentence for each crime level.

If the person acted “knowlingly” or “recklessly,” and is found guilty of a class 2 or 3 felony, there is a mandatory prison sentence. The judge will have no discretion to sentence the defendant to anything less than the midpoint of the presumptive range. For example, if a person is convicted of acting recklessly and causing serious injury to a child, prison is mandatory, and the minimum sentence would be 8 years in prison (the midpoint of the 4 to 12 year range for an F3, or class three felony).