The consequences of a murder conviction in Colorado is obviously very serious. It’s important to know your rights and have a murder criminal defense attorney on your side of the law to protect your freedom and reputation. 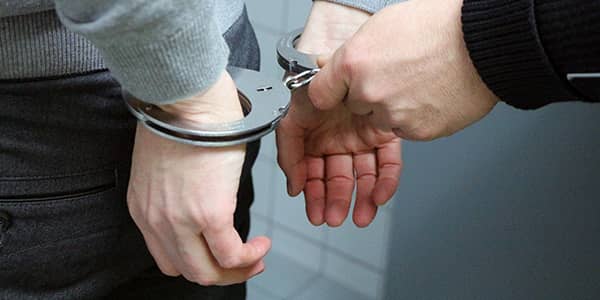 Murder in the First Degree

First Degree Murder, sometimes loosely referred to as “murder one” is committed when a person kills another person after deliberation, and with the intent to cause death. There are other means by which a person can commit First Degree Murder, which are discussed below. The defining characteristic of this type of homicide is “deliberation,” which is also sometimes referred to as “premeditation.” Generally, deliberation or premeditation can only be proven by circumstantial evidence, since no one can directly record the offender’s thoughts. There is no minimum length of time that the premeditation must occur. So long as the defendant had enough time “for one thought to follow another,” then the jury can find that there was deliberation.

A different variety of murder one is referred to as felony murder. This crime is committed when a person, either acting alone or in a group, commits or attempts a serious felony crime and in the course of that crime or attempt, someone is killed. Note that the person charged with felony murder does not have to be the person that caused the death of another person. If anyone in the group of individuals committing the crime cause a death, all co-conspirators become guilty of felony murder. Also note that there does not need to be any intent to kill someone. Even in the event that the death was caused accidentally, all co-conspirators are guilty of felony murder and face life imprisonment.

Self defense is not an available defense to the charge of felony murder. If you undertake to commit a serious felony offense, be aware that you do not have the legal right to defend yourself with lethal force. Under Colorado law, a person can be found guilty of felony murder even when the death occurs after the defendant is in custody, if one of the other defendants causes the death.

A person may successfully defend themselves against a felony murder charge if their defense attorney is able to prove to a jury that they:

Murder by way of Perjury

If a person knowingly testifies falsely, and their false testimony leads to a wrongful conviction and execution of a defendant, the person who so testified falsely is guilty of First Degree Murder in the State of Colorado.

A person can be guilty of First Degree Murder even when they do not have the intent to cause the victim’s death. In order to be found guilty of this crime, the prosecution must be able to prove that the defendant acted with “extreme indifference” to the value of human life. In order for there to be a finding of guilt, the defendant must also have been doing something that created a “grave risk” that someone would be killed. Of course, an actual death must have resulted as well.

Voluntary Intoxication is not a defense to extreme indifference murder. This means that you cannot act with extreme indifference toward life, and do something that creates a grave risk of death, and then defend yourself by saying that you did not fully appreciate the danger of what you were doing because you were too drunk or high. Note that the intoxication must have been “voluntary.” This means that if the defendant had been drugged without their knowledge or consent, they may be able to successfully defend against this charge on the basis of involuntary intoxication.

A person may be convicted of murder if they distribute drugs to a person who is under 18 years old, while on school grounds, if the drugs cause the death of someone.

Murder in the Second Degree

A person is guilty of Second Degree Murder if they knowingly cause a person to be killed. Notice how, for murder two, the prosecutor does not need to prove that the accused acted with premeditation, or with extreme indifference, as is the case with First Degree Murder. The prosecutor must only convince a jury that the accused knew what they were doing. Voluntary intoxication (self-induced intoxication) is not a defense. This means that a criminal defense attorney would not be allowed to argue to a jury that the defendant is not guilty because they were too drunk to understand what was happening. (Unless the defendant was drugged or intoxicated by someone else without their knowledge or consent).

A person can be found guilty of murder two even when the person killed was not the intended victim. For example, if the defendant fires a gunshot at one person and misses, but kills another person, the defendant is still guilty by virtue of what is called “transferred intent.” The intent to kill the first person is sufficient to sustain a conviction for the killing of the other person.

Second Degree Murder is a class 2 felony. There is a mandatory prison sentence of at least 16 years, but the judge could sentence up to 48 years. There is a maximum fine of $1,000,000.

For the jury to find heat of passion in a case, they must believe that the victim who had been killed had provoked the killer with a “serious” provocation, and that a reasonable person in the killer’s shoes would experience an “irresistible passion” to commit the killing. If the jury finds that there was enough time in between the provoking act and the killing “for the voice of reason and humanity to be heard,” then the crime does not get reduced and remains a class 2 felony. The defendant cannot claim he acted in the heat of passion if he “sought out” the provoking act of the victim.