Arson is classified into four different degrees in Colorado. As with all Colorado crimes, the lower the degree number, the more serious the offense. The consequences of an arson conviction in Colorado is very serious. It’s important to know your rights and have a Denver criminal lawyer on your side of the law to protect your freedom and reputation. 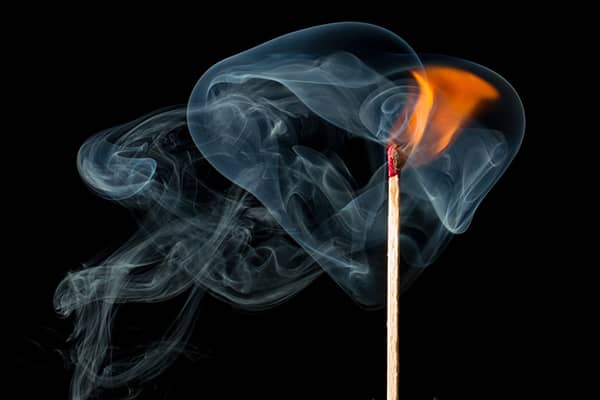 A person commits First Degree Arson when they knowingly set fire to, burn, or cause to be burned any building or occupied structure of another without their consent; or use an explosive to damage or destroy any building or occupied structure of another. First Degree Arson is a Class 3 Felony, which carries a presumptive sentence of 4 to 12 years in prison. There is a mandatory prison sentence for anyone using an explosive to commit this crime.

A person commits Second Degree Arson when they burn, or use explosives to damage or destroy, any property of another without consent. Notice how this definition is similar to First Degree Arson, with the exception that second degree does not involve a building or occupied structure. Any property can be the subject of the charge. This crime can be charged as a felony or a misdemeanor, depending on whether the damage caused is more or less than one hundred dollars. It is a class 4 felony when the damage is greater than one hundred dollars, and carries a presumptive prison sentence of 2 to 6 years. If the damage is under one hundred dollars, it is a class 2 misdemeanor, carrying a possible one-year county jail sentence.

If a person uses fire or explosives to destroy any property with the intent to defraud, they have committed Third Degree Arson. This is a class 4 felony, carrying a possible 6-year prison sentence.

Arson investigations usually do not begin until the fire has been put out. Denver Firefighters and detectives will examine the remains of the fire looking for points of origin, or the location that the fire began. Challenges to proving the crime of Arson include being able to prove the identity of the arsonist, as well as why the arsonist committed the crime, or their motive. Typical motives for the crime of Arson include revenge, insurance fraud, or, in rare cases, to destroy evidence of other criminal acts.