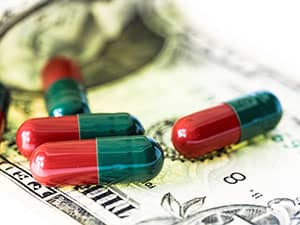 All drug crimes are divided into classes. Distribution charges are always felonies, and are classified as DF1, DF2, DF3, or DF4. The “DF” means “Drug Felony.” Distribution is prohibited by the same statute that prohibits manufacturing, dispensing, or selling controlled substances.

Convictions for distribution of drugs can carry heavy prison sentences. A conviction for a DF1 offense carries a mandatory 8-year prison sentence, or as much as 32 years. It also carries a maximum one million dollar fine. From DF2 down, there is no mandatory prison, however, judges don’t look kindly on defendants who stand convicted of dealing drugs, and there is always a risk of incarceration. While the courts may show leniency with those who merely possess and use the drugs, those that sell them often pay a heavy price at sentencing.

It is also a Level One Drug Felony to distribute ANY quantity of a schedule 1 or schedule 2 controlled substance to a minor (if the adult that distributes the drug is at least 2 years older than the minor). As stated above, the minimum mandatory sentence for this offense is 8 years in the Colorado Department of Corrections.

It is also a Level Two Drug Felony to distribute ANY quantity of a schedule 3 or schedule 4 controlled substance to a minor (if the adult is at least 2 years older than the minor).

As you can see, meth and heroin are treated more seriously than other drugs. It requires distribution of a smaller quantity of meth or heroin to ramp up the severity of resulting criminal charges.

Penalties for Distribution or Manufacturing Drugs
The chart below shows the possible penalties for these offenses:

Please call our office if you are facing a drug charge. Mr. Churchill will answer any questions you have about the possible penalties involved.