The consequences of a theft conviction in Colorado is very serious. It’s important to know your rights and have theft attorney on your side of the law to protect your freedom and reputation. 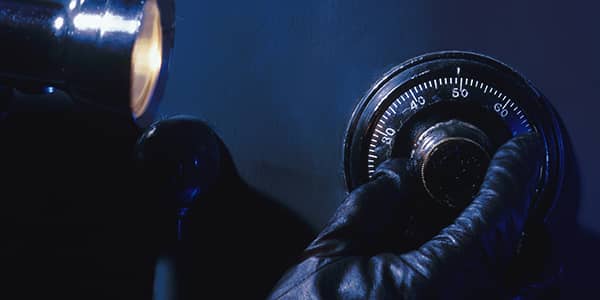 Theft and Related Charges
Because theft is commonly charged along with other offenses, such as fraud or forgery, the possible sentence is the combined total for all of the offenses. Because consecutive sentences are always possible, the defendant must be aware that the actual sentence could be much greater than for the theft alone.

Theft cases include everything from minor shoplifting on up to complex white-collar crimes involving very large amounts of money. Naturally, the greater the amount of the theft, the more serious the case is. Theft occurs when you take something without the intention of returning it. You can also be charged with Theft if you intend to return the thing of value, but refuse to return it until you are given something that you are not legally entitled to.

Thefts under $1,000 in value are misdemeanors, and those $1,000 or more are felonies. The chart below shows the possible penalties for theft in Colorado:

As with any crime, the facts surrounding the case will determine what sentence a judge will likely give for theft. A sneaky and conniving theft is likely to be punished more harshly than a theft committed on impulse. If there was a complicated, well-thought-out scheme to the theft, the defendant may be in trouble at sentencing. Likewise, the higher the dollar amount of the theft, the more aggravated the sentence will be. Judges also don’t like defendants that stole from their employer, or even worse, an at-risk adult or a child.

Theft from the body of another person is a Class 5 Felony no matter how little the value of the item is. This means that if you pickpocket someone, it’s a felony even if the item taken is worth a nickel. However, if any sort of force or threat is used against the victim, then it is charged as robbery in Colorado.

The amount of the theft that you are accused of can be a combined total of separate incidents of theft. For example, if you are accused of stealing smaller amounts on several occasions, which, added together amount to over $1,000, you will likely be charged with a felony. A person can be charged with Theft by Receiving if they received, stored, transported, or sold something they know has been stolen.

Kevin Churchill represents clients that have been charged with simple shoplifting cases in Municipal Court, as well as those charged with complex white-collar offenses involving hundreds of thousands of dollars. If you are being investigated for Theft, please call our Denver criminal law office for a consultation, and as always remain silent and do not answer any questions until you are speaking to an attorney. In cases where you are being accused by your employer, you may lose your job if you don’t answer your employer’s questions, but your job may not be as important as protecting your interests in criminal court.