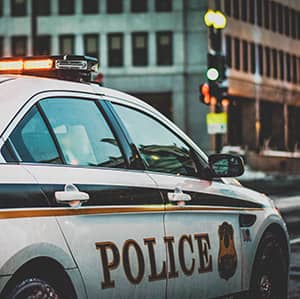 When you have been arrested or are under investigation for a crime, the police will do everything they can to gather as much evidence against you as possible. They are not your friends under these circumstances. It is important to protect yourself by asserting your rights under the law. This is true whether you are guilty or innocent of the offense that has drawn the attention of the police.

Don’t Speak to the Police

One of the most important ways that police try to gather evidence against you is by getting you to talk to them. They know that if they get you talking, you will make statements that they can use in the prosecution case against you. You have the right to refuse to answer any questions that the police ask you. You should identify yourself with your name, date of birth, and your home address if you are asked — and say nothing more. If they continue to ask questions when you remain silent, you should ask to speak with an attorney.

Most people are frightened when they are approached by the police, and make the mistake of believing that agreeing to talk to the police will make them look innocent, and make the situation go away. However, before you speak, there may not be enough evidence for them to charge you with a crime — and it may be your statements that will end up being the most damaging evidence against you. They will not let you know if they have any evidence, and hope that you will try to talk your way out of the situation. It is critically important that you do not speak with them about anything other than your identity.

Do Not Agree to Any Police Search

The police may want to search your person, your car, your home, or some other place that is personal to you. In all cases, you should decline to give them permission to search. In some cases, they will not need your consent – in which case there is nothing you can do to stop the search. However, if they are asking for your permission, it may be that they do not have an adequate legal reason otherwise. By giving your consent, you give up any legal defenses regarding an improper search. This can greatly damage what might have otherwise been a good defense case.

Don’t Try to Run From Police

If your case were to go to trial, the police would not be able to testify to the jury that you would not answer the questions that they asked you. However, they can testify that you tried to avoid them, or get away from them. This will be used as evidence of “consciousness of guilt,” meaning that the prosecutor will argue that only a person with something to hide will run from the police.

Don’t Talk to Other People About the Situation

Being arrested or investigated for a crime is stressful, and it is natural to seek the support of friends and family as you are dealing with the situation. However, the police will try to learn what you said to these other people, and they can become unexpected prosecution witnesses against you. You are only safe discussing the accusations with a criminal defense attorney. A criminal attorney has a duty of confidentiality that prevents him from ever disclosing the things that you say. It is especially important not to talk to others over the phone from jail — as these conversations are recorded.